The Beginning of the End by Norman Gelb

A many-sided picture of war’ The New York Times

‘Scramble’ is the thrilling story of the epic battle that turned the tide of Nazi invasion in the summer of 1940.

More than 450 first-hand accounts from combatants, civilians, politicians, journalists and others who were part of the day-to-day heroism, tell a tale of England’s finest hour.

And what a revealing tale it is — of the shortages of every kind, with groundcrew racing against time to get the battered planes operational, to the tactical battles and controversies revealed by Air Ministry papers.

At dawn on May 10, 1940, the armies of Nazi Germany attacked Western Europe.

In less than three weeks, Hitler achieved the most extraordinary military triumph of modern times: Holland, Luxembourg, and Belgium had been overrun; the French army was about to collapse; and the entire British Expeditionary Force, which had been sent across the Channel to help stop the Germans, was trapped against the sea at Dunkirk.

Unless they could be rescued, Britain would be left without an army.

Dunkirk is the first book to present an overview of those horrific days and reveal the effect the battle on the beaches was having on the rest of the world.

It is also the day-by-day story of a great escape, of the transformation of a massive defeat into what would ultimately prove a disaster for Germany.

In the dark, early-morning hours of November 8th, an armada larger and mightier than ever before assembled and took up positions at points off the coast of North-West Africa.

This is the story of the most crucial campaigns of World War Two.

It is an account of Operation Torch and of the start of the process that led to the destruction of Adolf Hitler’s Third Reich.

Torch — the Allied invasion and conquest of North Africa — was an intricate enterprise. More than five hundred American and British warships, supply vessels, and troop transports were taking part. It involved political intrigue, espionage, conspiracy, a massive disinformation campaign, a muddled coup d’état, the most momentous amphibious assault ever undertaken until then, and the transformation of half-trained, pummelled troops into victorious warriors.

Norman Gelb masterfully weaves these various elements into an absorbing account of an historic moment. He describes how the Allies, their military prospects grim early in the war, agonised on how and where to expend their still slender resources on their first major offensive operation; how Winston Churchill ‘hijacked’ the direction of Allied strategy from America’s generals who wanted to fight the war a different way; how Eisenhower, the Torch supreme commander, was often out of his depth but nevertheless forged an effective, harmonious Anglo-American military alliance; how the attitudes of Vichy France and Franco’s Spain distorted invasion calculations; how arch rivals Montgomery and Rommel influenced the course of events; and how, finally, for better or worse, Operation Torch determined the Allied strategy for most of the rest of the war.

NORMAN GELB was born in New York and is the author of seven highly acclaimed books, including ‘The Berlin Wall’, ‘Scramble: A Narrative History of the Battle of Britain’, and ‘Less Than Glory’. He was, for many years, correspondent for the Mutual Broadcasting System, first in Berlin and then in London.

“Dunkirk is both a good adventure read and an instructive case study yielding modern lessons.”
— JOHN LEHMAN, Former Secretary of the Navy, The Wall Street Journal

The Beginning of the End: A WW2 Omnibus by Norman Gelb

The Lady is Trouble by Tracy Sumner 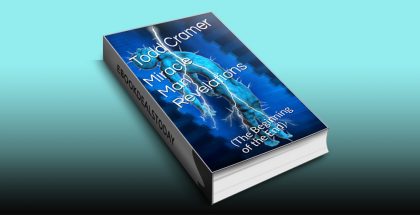