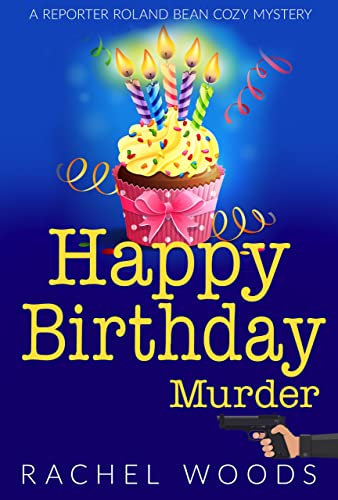 Make a wish for ... murder?When reporter Roland Bean turns the big three-oh, his wife throws him, and his fraternal twin sister Robyn, a huge birthday bash.The festive occasion is lively and fun until a fight between his sister and her boyfriend ends the night on a sour note. Beanie decides to console Robyn but almost hits a man staggering in the road as he drives to her townhouse.A man who turns out to be Robyn’s boyfriend and what’s worse, he’s been shot.The boyfriend’s dying words shake Beanie to his core: Robyn ... shot ... me.Refusing to believe his twin sister killed a man, Beanie vows to use his investigative skills to prove her innocence.He discovers plenty of suspects as he delves into the doctor’s dirty dealings, but can he solve the case before the killer makes him the next victim?Happy Birthday Murder is a cozy murder mystery novel. With lots of clues and red herrings, it features plenty of twists and turns to keep you guessing until the end! Get your copy today!