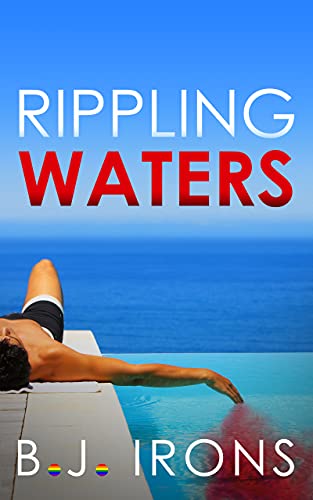 Available Stores (FREE)
Genre:
Romantic Suspense
Summary:
Beneath the surface, tension is building in Scott and Garrett Pedrick’s marriage. Once thrilling and passionate sex has become infrequent and stale. Long days at his private practice keeps Scott away from their new home, leaving Garrett resentful of the mounting list of household chores and new responsibilities on his shoulders, including hiring someone to take care of the pool.

Logan Rippling, the new pool boy, meets Scott and Garrett and immediately sees in them everything he wants: friends, money and domestic bliss. Week after week, he cleans their pool, growing envious of their lifestyle from afar, until the seemingly perfect couple invites him to their summer bash, and then into their bed.

Like water, obsession distorts reality, and no one is who they appear to be.

One of these men is manipulative.
One is hiding a naughty secret.
And one is downright deadly.