Heat To Obsession
by Nolon King 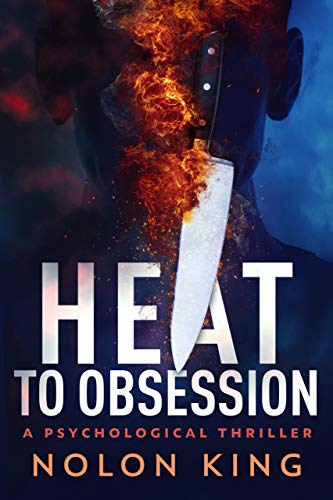 From the best-selling author of Pretty Killer, No Justice, and 12 comes Heat To Obsession, a delectable new stand-alone thriller by Nolon King.Superstar chef Amanda Byrd had it all -- a loving husband, two beautiful kids, and a critically-acclaimed restaurant -- until her epic meltdowns caused her marriage to implode. After a humiliating year of therapy and eating crow, her husband Mike has agreed to take her back, as long as she continues to keep her inner diva in check.Amanda’s guilty secret: during that year of separation, she had an affair with the talented young chef, Noah, who worked in the hotel where she stayed after Mike kicked her out. Nothing serious, just a fling that she broke off as soon as Mike let her come home.But her indiscretion comes back to haunt her when a Hollywood power couple offers Amanda her own cooking show -- with Noah as one of the cohosts. Her unsuspecting husband demands she say yes: Mike resents that Amanda’s restaurant doesn’t bring in what it used to, and private school for two kids isn’t cheap.It’s soon clear that Noah hasn’t given up on luring Amanda back into his bed. He’s willing to destroy anything that stands between them: her family, her reputation, her career … and maybe her sanity.A gut-wrenching, suspenseful thriller, Heat To Obsession is perfect for fans of Darcey Bell and Harlan Coban.Warning: Heat To Obsession is a tense psychological thriller that includes adult language and situations. While it is all within the context of the story, some readers may find this content offensive. Intended for mature audiences.