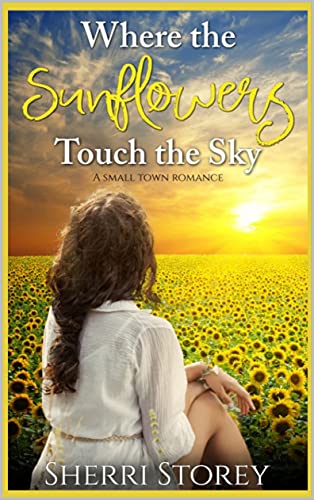 Kylie Brennan would be happy to leave her life up to fate, except lately fate has a twisted sense of humor. Since returning home from a volunteer mission in Sierra Leone, reality has become stranger than fiction. She has a hit song on the radio and a supporting role in a Hollywood movie.

The problem? She isn't a singer or an actress. She's a nurse / farmgirl from small town Canada which is far removed from the bright lights of Tinsel Town.

Nick Taylor was her first love and her first heartbreak. He has become a cautionary tale for any girl contemplating dating the hunky best of friend of her big brother. So why can't she get over him?

He's moved on. She should too.

And now that the rich and sexy movie star, Jovanny Grotta has followed her back from West Africa, she has every reason to. He is a living, breathing fantasy come to life, and with happily every after in his eyes, he is becoming hard to resist. If only there wasn't a warning label attached to him. ⚠ He is a reputed heartbreaker.⚠

Add in her eccentric family's crazy antics and the upcoming movie premiere, and her head is spinning. Trouble has always found her, but her choices lately have only served to place her in harm's way. ⚠ And Nick is always there to swoop in on his condescending white horse and save the day, causing her to hate him more and fall for him all over again.

She really needs to ger her head on straight, find a way to get over the Knight in Tarnished Armor and decide if the Prince of a movie star is for real or just another frog.

Is it even possible to be in love with two men at the same time?

What readers are saying about Where the Sunflowers Touch the Sky

★★★★★It happened twice. The first book left me speechless. The second book left me the exact same. I love these books and cannot wait to read the next.

★★★★★Loved it! An absolute page-turner! Well written and I look forward to the next book by this writer! I highly recommend this book to anyone looking to read a story that will live in their heart for a lifetime!