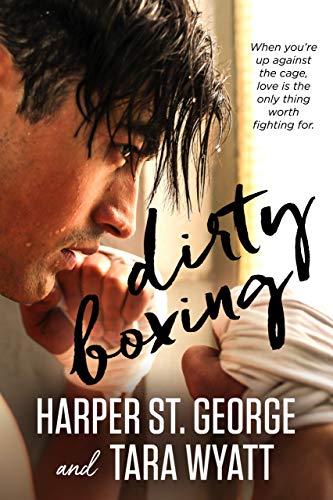 Available Stores (FREE)
Genre:
Contemporary Romance
Summary:
When you’re up against the cage, love is the only thing worth fighting for.

Jules Darcy doesn’t do love. After an unstable childhood and a front row seat to the damage it does, she’d have to be crazy to sign up for inevitable heartbreak. But a year ago, her fling with MMA fighter Nick Giannakis quickly escalated into something more, scaring her and sending her running. She’d never planned to see the sexy middleweight again. And she’d definitely never planned to work with him. Seeing him again has her reminding herself that she doesn’t do love, even if she wants to do Nick.

Nick Giannakis is a lot of things. Champion. Fighter. Devoted son and brother. And apparently he’s also a sucker for Jules Darcy, the only woman who ever broke his heart, because one look at her and he wants her again, and he’s willing to play dirty to get what he wants. Because this time he’s playing for keeps.

This is a standalone second chance workplace romance with lots of steam and a guaranteed HEA. Sexy times and no cliffhanger—we promise!