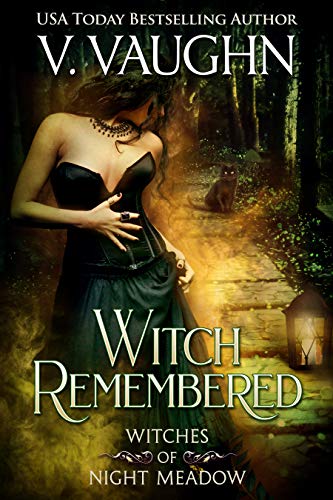 Available Stores (FREE)
Genre:
Paranormal Romance
Summary:
Amelia Knight knows when James Foster returns to Night Meadow Island for his brother’s wedding she should guard her heart carefully. Even after he swears he’s back for good. When he looks at her with his mischievous grin and pours on the charm, she can’t help but be tempted to hope it’s true. But they’ve been down this road a few times already, and it always ends with her left picking up the pieces of her shattered heart. This time she’s ready to stand her ground.

James Foster has returned to the island where he grew up to finally claim his witch. For the past decade, he’s focused on his career, thinking he’d be fine without the girl he left behind. But after he achieved his goal of a successful law career in New York City, James learned he hadn’t realized his dream after all. A life with Amelia Knight is what he really wants, but now that he’s back to start their life together, she’s refusing to see the truth. He’s going to have to prove to her what his heart has always known.