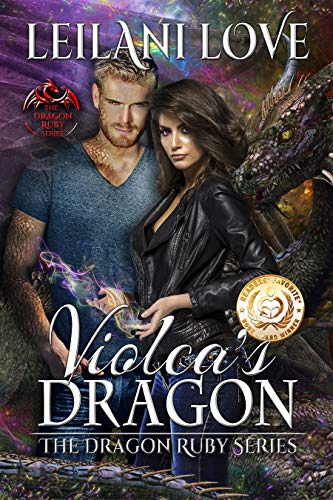 Available Stores (FREE)
Genre:
Paranormal Romance
Summary:
**Violca Grey has taken care of her younger sisters ever since the death of their parents, but now her family is under attack — and the enemy isn’t human… Meanwhile, dragon shifter Chase Reed knows he must bring the Greys to his king, despite his mounting feelings for Violca.**

Life has never been so dangerous. Good thing Violca’s about to meet her dragon.

Violca Grey raised her four younger siblings after her parents’ sudden death. She has no idea that the cops were wrong, it wasn’t an accident. Her life, and the lives of her siblings, are in danger. Whatever killed them, whatever’s chasing her and her family, isn’t even human.

Chase Reed knows there’s something special about Violca. He’s known since the first time he saw her picture. His dragon is drawn to her and Chase doesn’t know why. But he’s sworn to bring them before his Dragon King.

Violca’s only thought has to be protecting her family, but the growing bond she’s developing with Chase is endangering them instead. His dragon has chosen her, and he’ll stop at nothing to keep her safe. Nothing.