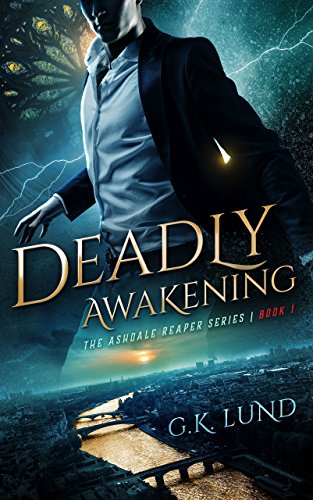 No one ever said surviving life would be easy.

When a Reaper of Death decides to enter the body of Ben Reed as he leaps into a river from a bridge, he encounters more problems than he had imagined.

First of all, he finds that he has taken over the body of the now deceased Ben but has no recollection of why he decided to do it. More worryingly however, he is washed onto the banks of the river next to a dead body. And now he’s the chief suspect in a murder.

Detective Olivia Jones has been tasked with solving the crime, but she is suspicious of Ben, driven by seeing him seemingly wake from the dead. She finds it hard to comprehend it but her gut feeling tells her he is the one person who can help her solve the case.

For Ben, he must deal with friends who he doesn’t recognize as he tries to engage with the one person who can help him. The problem is that this man can see right through him and recognizes his true nature.

Can Ben persuade this terrified individual to help him? And can he and Olivia build enough trust to lead them to a killer?

Deadly Awakening is the first novel in the Ashdale Reaper Series, a tale of loyalty and friendships, memories, and dead bodies refusing to stay that way.

The Ashdale Reaper Series is a four-book urban fantasy series.