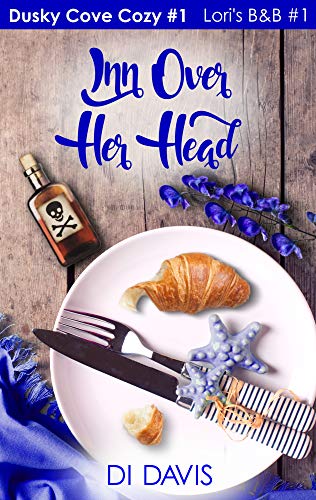 Lori Keyes is ready to show some Southern hospitality as the new owner of a B&B—until her first guest winds up dead.


Lori Keyes is excited to settle into her perfect new life: a bed and breakfast owner in the sleepy resort town of Dusky Cove, North Carolina. Sure, her first guest is a little rude and hateful, but that just comes with the hospitality territory sometimes, right?

Lori steels herself to endure one bad guest—until that guest turns up dead. The police investigation says it’s murder, and the evidence points to Lori. She’s instantly the prime suspect.

Lori digs into the guest’s failing marriage and into rivalries in town, trying to figure out who could have killed her. To keep her dream job, her perfect life and the inn over her head, Lori will have to prove that she’s innocent—or she’ll go to jail for a murder she didn’t commit.

Get recipes and a tourist's guide to the prettiest little town all up and down the North Carolina coast in the author's email group--offer inside!