Lion on Fire: A casino-heist thriller
by Ted Galdi 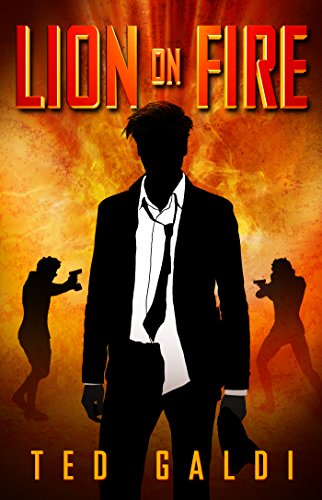 Available Stores (FREE)
Genre:
Heist, Thriller
Summary:
Sometimes you have to burn your world down before you can live in it

Brian, a clean-cut, recent college grad, takes a job with the mob. He works in an illegal New York City casino to raise cash to help his brother out of a jam. But the plan derails. And Brian is forced to team up with a charismatic co-worker to rob the Russian gangsters who run the casino.

Then you'll love Lion on Fire by Ted Galdi, an Amazon #1 bestselling author who's won Reader Views and Readers' Favorite awards, and been featured by FOX, ABC, and iHeartRadio.

Get your copy of this hit book today and plunge inside New York's underworld with two unlikely criminals who'll have you cheering for the robbers instead of the cops.

This crime thriller is perfect for fans of Elmore Leonard, Don Winslow, and James Ellroy.

More on Lion on Fire

Upstanding Brian is shocked to learn his younger brother not only has been dealing cocaine, but lost a whole package of it. If he doesn't come up with $30,000 soon to replace it, he's dead.

Brian decides to help him raise the cash. His adventurous friend Dusty brings him into a circle of well-paid limo drivers who shuttle wealthy New Yorkers to illegal gambling events in Manhattan penthouses.

The plan is on track until Brian crosses the Russian gangster in charge of the business. Lacking both money and time, Brian is forced to team up with Dusty to rob the casino.

Ted Galdi is also the author of the novels Elixir and An American Cage, and the short stories A Road to Nowhere, Hazel Is Missing, Intrusion, and The Split.