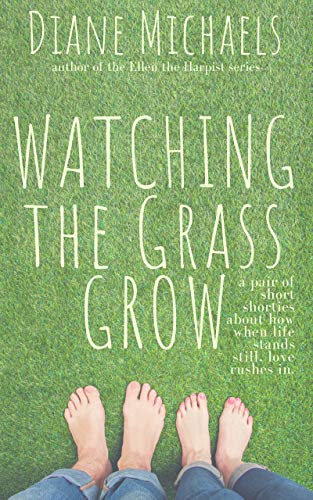 They say you shouldn’t make eye contact with a stranger on the subway in New York City. It may not be an actual violation of the subway system code of conduct, but still. Lisa and Geoff, two strangers smushed together on a crowded E train, break that code when their train unexpectedly stops. Their conversation is the perfect antidote to the boredom and frustration of the delay. And more than the broken AC is to blame for the rising heat between them. When the train moves again, Lisa wonders if they should go back to behaving like strangers. But what if their paths were meant to cross?

Tom—middle-aged, divorced, and out of work—needs to get a life. Instead, he gets a juror summons. Hardly expecting to ‘find himself’ while fulfilling his civic duty, he sets a single goal for the day: persuade the judge to exempt him from being picked for a jury.

Time had stood still in the juror lounge. It begins to spin backward when he reconnects with Susan, a fellow juror and his middle school crush. Before long, he’s back under her spell. Could a man in his current position interest her? When she swipes through a dating app in front of him, she indicates the answer is no. With nothing else to lose, Tom prepares to sacrifice the one goal he has in order to capture her attention.