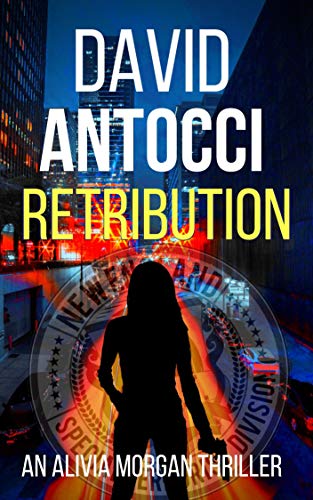 The Rally for US was meant to be a day of celebration. Instead, that crisp October morning turned into the bloodiest terror attack to strike the city of Boston in more than a decade. And the terrorists are just getting started.

To hunt down the insurgents, the New England Special Terrorist Division—NEST—turn to their most senior and capable agent, Alivia Morgan. Ripped from her home and family to join the battle, she had no idea just how deeply personal the fight would become.

Captured, alone, and armed only with her years of training and experience in Special Ops and the elite Army Rangers, Alivia realizes she’s in a race against time. Can she escape with her life and stop the impending attacks before the clock runs out?

What Amazon Reviewers are saying:

★★★★★ ‘David Antocci has written a thrilling first book to what looks to be a fantastic new series.’

★★★★★ ‘This is a riveting action-packed thriller that I could not put down.’

★★★★★ ‘Great characters, fast action and a female hero! What more could you possibly want?’