Sliced Up: A Cozy Murder Mystery
by Lyndsey Cole 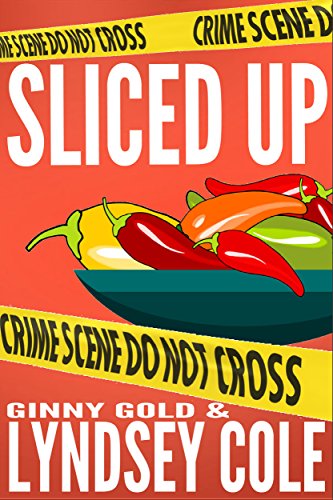 Available Stores (FREE)
Genre:
Cozy Msytery
Summary:
All Piper Carson wants is a fun night out on the blind double-date her friend Aria arranged. A chance to unwind and spice up her boring life of all work and no play.

Instead of the hoped-for heat of a jalapeno, she gets a shocking dose of cayenne when murder shakes up her world.

When Piper’s date ends up at the top of the suspect list, she’s torn between her sizzling feelings for him and fear of what she might discover as events pull her into a mission to clear his name. But he doesn’t make that mission easy. It’s a recipe for disaster.

And Piper’s family doesn’t make it any easier on her, laying down responsibility after responsibility. She feels like she’s been placed under the broiler with their unending demands as she struggles to sift through the clues.

And when Piper gets too close to the killer, the temperature rises from a gentle simmer until she’s trapped in a pressure cooker.