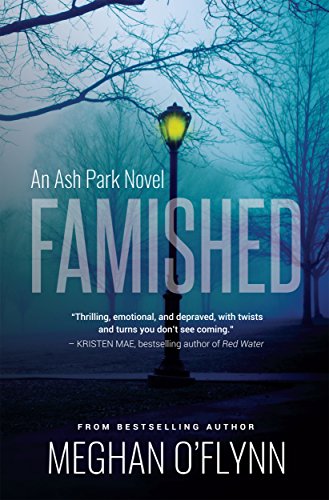 Available Stores (FREE)
Genre:
Hardboiled Mystery
Summary:
A macabre poem scrawled in blood. A girl with a secret. And a ruthless killer who'll stop at nothing to find her.

"Fearless, smart writing and a plot that will stick with you."
~Beth Teliho, award-winning author of Order of Seven

Ash Park, a run-down suburb of Detroit, might not be the most idyllic place to live, but for Hannah Montgomery, it's safe. At least, it feels that way until a serial killer starts dicing up women from the shelter where she volunteers.

Hannah manages to convince herself the killings have nothing to do with her brutal past—but then her boyfriend is murdered in the same ruthless manner as the others. And the police think she may have had something to do with it.

The cops are right about one thing: Hannah is responsible. Because she knows who the killer is. Now she must face the fact that she brought a monster with her to Ash Park—and his appetite for blood is insatiable.

Everyone's hungry for something.

Some are more famished than others.

Dark, gritty, and raw, Famished is an emotional roller coaster and an electrifying debut from bestselling author Meghan O'Flynn. If you like Chelsea Cain, James Patterson, or Caroline Kepnes, you'll LOVE Famished, the first book in the Ash Park series.