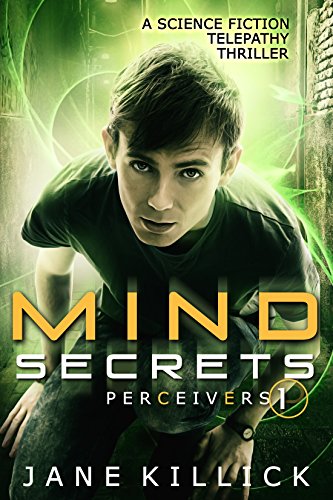 Available Stores (FREE)
Genre:
Science Fiction
Summary:
Teenagers with mind powers fight for the right to survive in the thrilling first novel of the Perceivers series.
Waking up without his memories and hunted by Agent Cooper, Michael finds sanctuary with a group of perceivers: telepaths who sense the thoughts and emotions of others. Drawn into their battle to stay free of the cure which threatens to strip them of their powers, he searches for the person who stole his past. As the tension between perceivers and norms erupts into violence, Michael pieces together the shocking truth behind the origin of their power. To save his friends from destruction, he must face Cooper and confront the painful revelations of his forgotten secrets.
A gripping science fiction thriller set on the streets of London, Mind Secrets takes an exciting and dangerous journey into intrigue, friendship and deception.