The Bloodless Assassin: A Quirky Steampunk Fantasy Series (The Viper and the Urchin Book 1)
by Celine Jeanjean 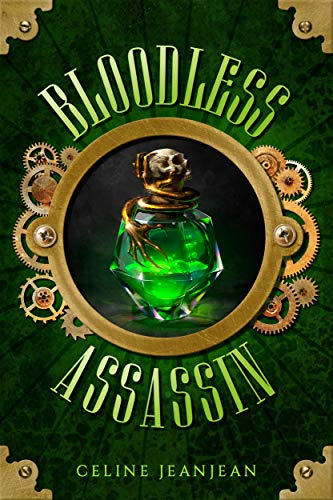 Available Stores (FREE)
Genre:
Steampunk, Fantasy
Summary:
An assassin with a fear of blood.
A mouthy street girl.
Are they really the city’s only hope?

Being Damsport’s most elegant assassin is hard work. There are devilish poisons to concoct, secret identities to maintain…and tailoring to consider. But most importantly Longinus must keep his fear of blood a secret or his reputation will be ruined.

When Rory discovers Longinus’s blood phobia, she makes him a deal. Train her, and she won’t ruin his reputation.

What she doesn’t expect is that her new master has more eccentricities than a stray dog has fleas.

And that in aligning herself with him, she now finds herself in the crosshairs of another, far more dangerous assassin.

Now, not only does Rory have to keep herself and Longinus alive, she has to stop a conspiracy that threatens to bring the city to its knees.

It's even harder with Longinus under the delusion that he’s the hero of the story. That would be funny, if it didn't make Rory want to throttle him.

Do you like strong heroines, quirky characters, and unlikely friendships? Are you a fan of snappy dialogue that's full of banter and richly imagined worlds? Then you’ll love the Bloodless Assassin.

Scroll up and get it now.

The Bloodless Assassin is book 1 in a complete 9 book steampunk fantasy series. Other books in the series: