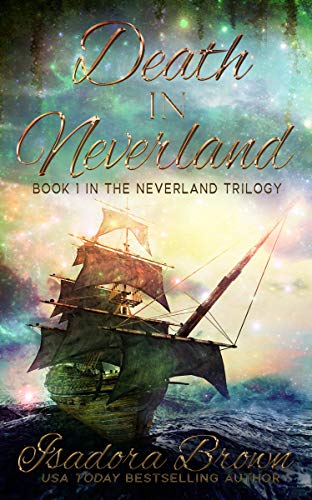 In the Neverland, people don't grow up. Because they're dead.


After Remy Cutler dies, she somehow escapes certain death and returns to the land of the living with nothing but a ripped gown and a fear of heights.

Two years later, she plans to escape her arranged marriage by stowing away onto a ship in hopes to leave her home with no one knowing. However, she is discovered, and the sailors aren't happy. Before any damage can be done, she is yanked from her predicament back to The Neverland, a place where death resides - the very place she escaped from years ago. Souls are ferried by her savior. To her, he's known as Nick, but to The Neverland, he's the slippery Captain Nicholas Grey, wanted by both the good and the evil.
The more time Remy spends with Nick and his crew, however, the more she realizes he's shockingly misunderstood. Pirates aren't all bad the way gentlemen aren't all good. One such gentleman goes by the name of Peter, and he has nothing but power on his mind and revenge against Grey in his heart.
Then there are those that are completely indiscernible, like James Hook, a Viking and ruler of The Other World, whose sole ambition is attaining more souls to rule over, no matter what the cost. Why he needs the souls, no one knows, but it can't be good.
If she is going to survive death a second time, Remy must figure out who to trust. Grey has done nothing but protect her, and yet, she cannot deny a strange pull whenever she is around James Hook. A decision needs to be made quickly before she is stuck in The Neverland for the rest of her life.
This dark retelling of Peter Pan infuses familiar characters created by J. M. Barrie with new characters and Greek mythology. It is the first in a trilogy.
Scroll up and 1-click your copy today!