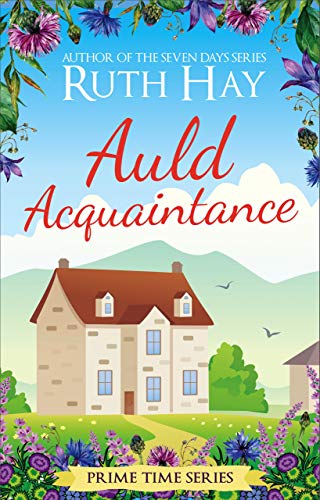 First novel in a series of six contemporary women's fiction books about second chances and self-discovery!


Auld Acquaintance is the story of a woman in her 60s who has lost her confidence through life events, including a divorce. Anna has a part-time job in a library, and a group of good friends, but her hopes for a brighter future are growing dim.

Unexpectedly, she receives a legal letter informing her that she has inherited a piece of property in Scotland. Her first instinct is to ignore this letter as she has no knowledge of the person named as the owner.

Anna's friends persuade her to travel to Scotland and stay until she can decide how to dispose of the farm house near Oban. So begins an adventure which opens up prospects for Anna and introduces her to a new environment and new people who help her.

Also available in the Prime Time series:
Book II - Time Out of Mind
Book III - Now or Never
Book IV - Sand in the Wind
Book V - With This Ring
Book VI - The Seas Between Us

Also available from Ruth Hay: The Seafarers series and the Seven Days series. All women's fiction stories for discerning readers!