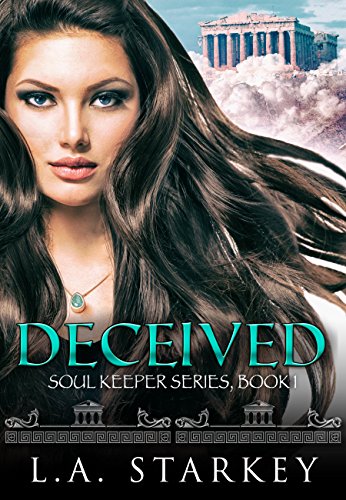 Available Stores (FREE)
Genre:
Paranormal Romance
Summary:
The battle between the Titans and the gods of old did not end with them. The demand for revenge has dripped down into the next generation. Twins, Marcus and Nicolas, heirs to the throne of the gods and sons of the last remaining Titan, learn that the purpose of their existence is to fulfill a prophecy born of hate and despair.

They must battle for Pandora’s daughter’s heart, a girl lost to the human world and unaware of her hidden heritage. For four hundred years Marcus and Nicolas have only been allowed to touch the edge of their soul mate’s dreams, but the time of the prophecy has come.

For Samantha, life has been nothing more than a series of misfortunes and heartbreak. For years, she has kept her heart locked away, but change is rolling in like a tidal wave. Now Samantha must discern the thin line between love and lie, myth and reality, and it seems that time is running out …

This is book 1 of a trilogy.