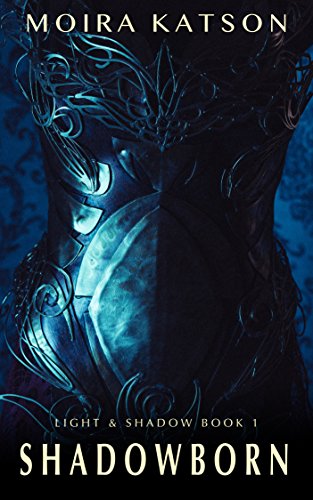 I was four hours old when I was cast out by my mother. I was cursed, she said. Kinder to let me die in the snow and the wind than let me live, only to be betrayed.

I was twelve when the Duke found me and turned me into a Shadow: bodyguard, spy, and assassin.

I was fourteen when he brought me to court. He wanted his niece on the throne, by any means possible. I was to be her weapon, wielded as she and the Duke saw fit.

But she wants more. She’s playing her own game.

And the court holds its own secrets. A war centuries in the making is ready to erupt, and we are in a race against time to keep it from consuming whole empires.

Shadowborn is the first book in Moira Katson’s acclaimed Light & Shadow series, all free to read in Kindle Unlimited! Based on the intrigue and shifting loyalties of the War of the Roses and the Tudor dynasty that followed, Light & Shadow exists in a world that never was - a world of magic and prophecy….