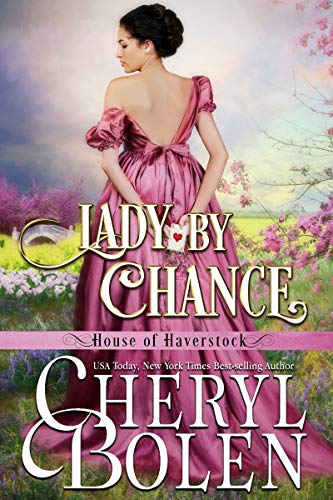 Available Stores (FREE)
Genre:
Regency Romance
Summary:
Cheryl Bolen has done it again with another sparkling Regency romance. . .I highly recommend it. – Happily Ever After

Anna de Mouchet has the stuff of which Regency heroines are made – the right stuff, that is! – In Print

Manipulated into a marriage of convenience to prove their patriotism, Anna and Charles, the Marquess of Haverstock, question each other's loyalties. But there's no question that Anna's silken touch has bewitched the powerful lord who has become her husband, and no question that she craves every moment in his arms.

Her eyes widened for a hint of a second, then she moved to the edge of the bed, blew out the candle, and began to unbutton her gown.

"I want the candle lighted," he said harshly. "I am your husband, and I want to see what I'm getting." He scooped up the candle, strolled to the fireplace, and relit the wick from the flames. Walking slowly back to her bed, he watched her lift the gown over her head, then clutch the coverlet to hide her breasts, her face flaming.

He set the candle on the marble top of her bedside table and leaned over her, lifting her chin with his finger. "I cannot believe the former Miss De Mouchet blushes over the prospect of displaying her lovely body."

His laughter shook the room. "Yes, my dear, we shall perform the act totally naked. I pity your former lovers if they were denied the pleasure of your entire body." His hand moved from her chin, down the slope of her chest, where he flicked off the covering and cupped a full breast while his thumb plied her nipple.

"There have been no lovers, my lord," she said in a shaky voice.

He removed his hand and met her bewildered gaze. "Do you mean to tell me you're a virgin?"

All he saw were her huge, brown eyes staring at him like a frightened doe as she nodded.

"So you say. There are ways a man can tell if a woman has been with a man."

She lifted her chin and spoke in a voice now devoid of shakiness. "I'm very happy to learn that. Then I will be exonerated of at least one odious deed."

"Oh, but my dear," he said, sitting beside her on the bed and stroking her breast, "there is nothing at all odious about the deed."